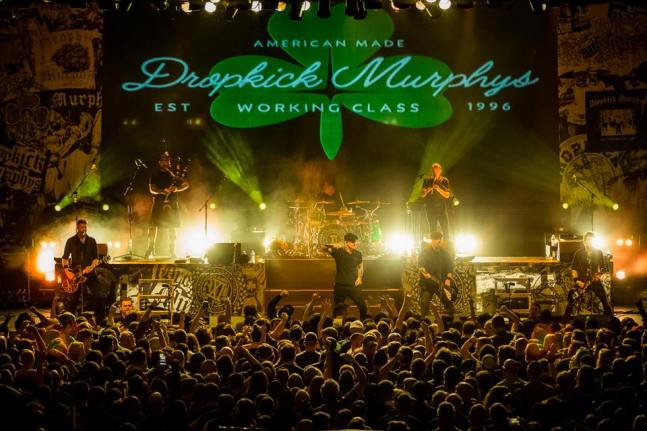 Close you eyes. Imagine the sound of bagpipes, flutes, and a fiddle. Next throw in electric guitars, drums, bass and raspy vocals with a Boston accent. That sound is Dropkick Murphy. Formed in Boston, Massachusetts in 1996, a group of friends decided they wanted to form a band.

Twenty two years, 9 albums, movie and tv credits, and multiple Red Sox duck boat parades later, Dropkick Murphy has become one of the top Celtic Punk bands to exist. I would say THE BAND that defines Boston. Being a former MassHole (Massachusetts native) I’ve been a fan of the band for a long time, seeing them at a few parades for the Red Sox’s and St. Patricks day in the past, they helped me get in touch with my heritage. Having both Irish and Boston heritage, they sing loud and proud of their roots, their city, and the causes they support.

The Dropkick Murphys will be playing at 20 Monroe live in Grand Rapids on February 19th for their 2019 St. Patrick’s Day tour.

Latest video from their last album: