We arrived at Electric Forest greeted by a Superman sunset, 9:15 PM on a Wednesday in June where summer is suddenly shimmering. Daylight is no longer fleeting, and it has come time for our annual ball. It is my eighth trip to Rothbury, yet somehow each time feels like a first with its own uniquety. This is a sacred place; these lands are made magical by those who have chosen to believe their blood is laced and races as a result of the very same potions.

We collectively find ourselves here as a result of an unwavering certainty that each of us is called to a meaningful path in this life and this place helps us either be activated or aligned with said path. We are different people from different worlds with different intentions behind our being; but for each of us this place has helped transform seeing into believing, and a reason to believe in a better, more mindful way.

“Let us play” they say, and when given the chance Lettuce just may be the reason you find yourself in dance. It’s an interesting thing when you find yourself learning more about a band with the pedigree of Lettuce, spanning two decades of funk and fun. Bands get asked a lot of questions that are more of a reflection of the journalist than the performer, and I imagine it gets weird having your story told through the lens of another, especially when you’re a storyteller.

My training is not in music, but people, so I lean on my curiosity of the colors of a man or woman’s soul with hopes to paint a picture of how it’s possible to do what they do, create, inspire, offer belonging, and heal. Musician’s are on the Hero’s Journey as a result of a calling which couldn’t be satisfied otherwise. Places like Electric Forest, give a home (however brief) to people like Adam “Shmeeans” Smirnoff, Nigel Hall, Adam Deitch, Erick “Jesus” Coomes, Ryan Zoidis, Eric “Benny” Bloom.

With a June 14 release of Elevate at Red Rocks, Lettuce’s seventh album, and fourth release with Lettuce Records can be listened to here, and live Thursday night at the Jubilee stage from 12:00-2:00 AM. There is a strong probability of a Phun Photo (family photo) being spontaneously organized during this set, and you should be in it if this is your jam. Credited with bringing a new vitality to classic funk, Lettuce continues to sell out shows across the country, earning the reputation as a can’t-miss live act.

Some of the most amusing content I came across was produced by Sara Furer in a 2018 Live For Live Music feature titled “10 Things You Didn’t Know About Jesus Coomes From Lettuce.”

Jesus was a child actor who had a cameo in the 1991 crime thriller, Point Break, starring Patrick Swayze, Keanu Reeves, Lori Petty, and Gary Busey. Jesus nearly crashed into Keanu Reeves on a bike during the movie’s famed foot chase scene below around the one-minute mark.

Jesus walked into a Jewish deli with The Game and Hi Tek, ordered a cheese sandwich that unknowingly came with 60 slices of cheese on only two slices of bread. He proceeded to buy extra loaves of bread and made sandwiches to feed the whole crew.

Without further ado, I give you mostly Shmeeans and Jesus of Lettuce, signing in on the evening before the dance.

That you are going to go into the magical trees

with the coolest lights you’ve ever seen.

There will be kind people everywhere

and we could even dye your hair.

Who are some under the radar influential people in your life who helped deliver you to music at a young age?

Both my parents and my uncle Joel who is a professional musician himself. My grandmother, Judy West, who used to be a professional jazz singer and child star and then worked for the musicians union in New York forever. When I met Adam Deitch’s parents, that was a huge influence for me as far as seeing that you can be a working musician family household which has been something that I aspire too. – Shmeeans

Do you watch the news? I turned it off years ago and on occasion when I catch a whiff it reinforces why I walked way in the first place. I turn to music to discover the world, and especially the good in it. Do you have any practices or routines to filter aggressive media and remain focused on your path?

No, I certainly don’t turn away from it at all. I’m trying to absorb, not just the good on the planet. You have to accept the yin and the yang. That’s how the world functions. You have to be more even through the ups and the downs. And I think that’s something we should all shoot for. – Shmeeans

Is there another performer or band on this year’s EF lineup that you’d love to collaborate with, who many/some people might not know?

Aside from Gramatik who we’ve worked with in the past and who we love. I’m not really that familiar with many bands on the lineup, so I’m really excited to listen to more. You can get back to me on this question after the festival and I feel the vibes of everybody. – Shmeeans

Most people (including myself) haven’t yet experienced the beauty and joy of Red Rocks. Walk us through some of your best moments of your recent album premiere of Elevate at Red Rocks.

Very few gigs, we get to have a practice room backstage. This year we were able to rehearse a little beforehand with Melvin Seals. That rehearsal was great and it felt good in there. Playing with Melvin was great. The Denver Nuggets drumline coming up on stage for “Trapezoid” off of our new album Elevate took it to a whole other level. – Shmeeans

If you had a superpower, what would it be, and what would you do on the first day you had it?

I want to fly in the sky like a bird. Fly like an eagle. I would fly on day one. I would fly and figure out how to do 180s and 360s and see the world – Shmeeans

It was a regular Jewish deli but I was vegetarian so I ordered a cold cheese sandwich with mustard… and, well, the rest is history. – Jesus

If you were a Major League Baseball player, what would be your walkout song?

Can I be an NBA player instead? – Shmeeans

If you could have a day off on tour, anywhere in the world, where would you take it and how would you spend it?

Let’s say Lisbon. Walk-in around and enjoy the art and food. Lisbon is dope.  – Jesus

What’s the last song you want to hear before you die?

The sound of Leah and my child’s voices – Shmeeans

Just in case you were listening for one, This Is A Good Sound. See you in the Forest. 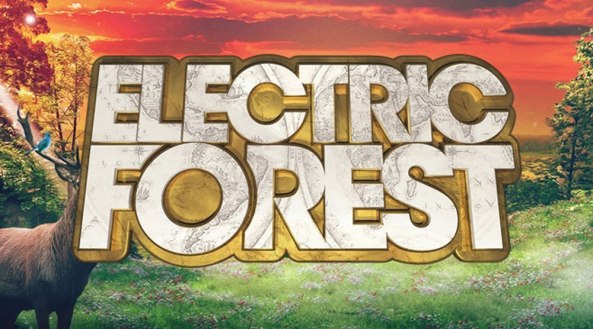