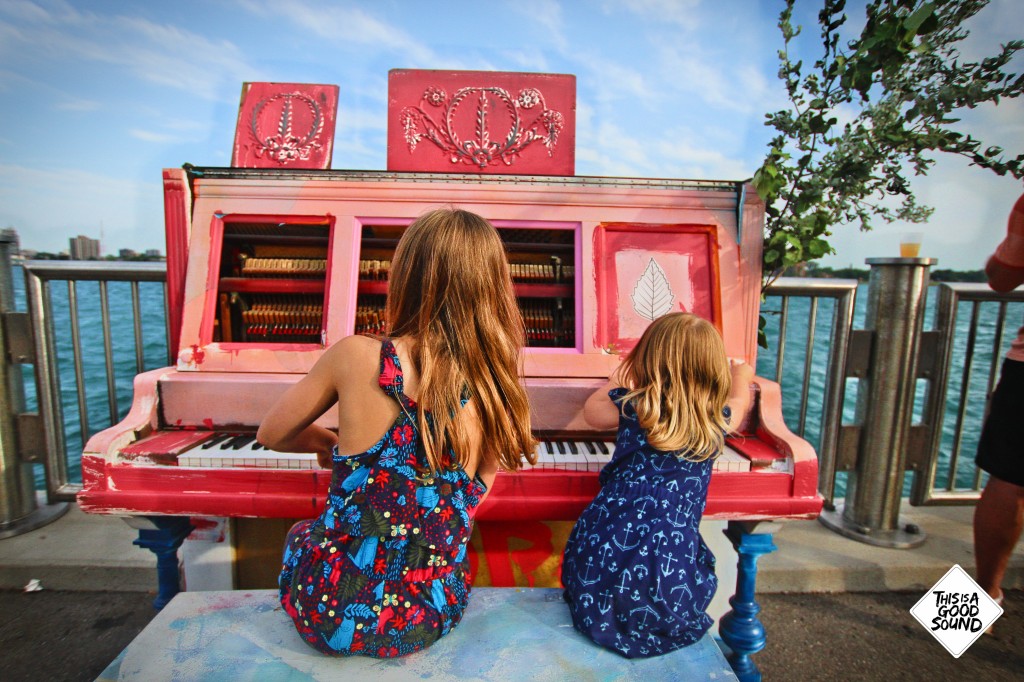 Another Mo Pop Fest in the books, and I must say, Detroit you’re doing a great job. Experiencing its best attendance since its inception in 2003, Mo Pop offers a glimpse into the festival world, offering easy access and fun amenities which allow folk from young to old to dip their feet into the water, before jumping in.

If children are our future then the horizon shines bright thanks to parents who understand the value of introducing their kids to music, and specifically, music festivals at a young age. I didn’t attend my first music festival until 2013, making me 28 at the time. I’m grateful for parents who have achieved a greater sense of self and community through music, and are eager to share that gift with their children. The world is a scary, crumbling, and infected place: It is also beautiful, capable, and filled with inspiring people who wish to pick up the pieces and build – together. I believe within music resides a hierarchy of hope; And within children a sense of possibility and wonder to hold onto, carry, and harness hope into a better world.

Of all the pictures I took at Mo Pop this year, my favorite was of two little girls, sitting side-by-side playing a piano along the West Riverfront. Each piano is a work of art, lined along the river walk inviting young artists to sit and create while feeling the cool, summer breeze off the Detroit River. With the arrival of August comes the dwindling of summer, and the eventual return to the classroom for children; Now more than ever it is essential that we inspire, encourage, and empower youth to do all things, while holding onto a strong sense of self and decency to others. Experiences like Mo Pop give all people, along with children, a greater sense of the world through community, art, and shared joy.

This was my third Mo Pop, but it was my first time making it to the Mo Arcade. I must say – it was quite the impressive assembly of games. Turn back the clock 25 years to my youth, put me in a free arcade, drop off my meals, and I’ll see ya when I see ya. From arcade, to N64, accompanied by a DJ the Mo Arcade appeals to all ages, so long as the child within is kept alive.

It was difficult to get food during the festival, mostly as a result of an amazing turnout, and my lack of patience amidst shiny objects. When I did grub however, the fine folks at Imperial hooked me up with some delicious and robust tacos, churros, a nice shaded place to enjoy them, and even a strawberry lemonade (thanks Badger). It’s great to see a successful Ferndale business, have a major presence at what has grown to be a major festival in Detroit. If you really love a music festival or experience, try to remember the local businesses who supported it, thereafter. 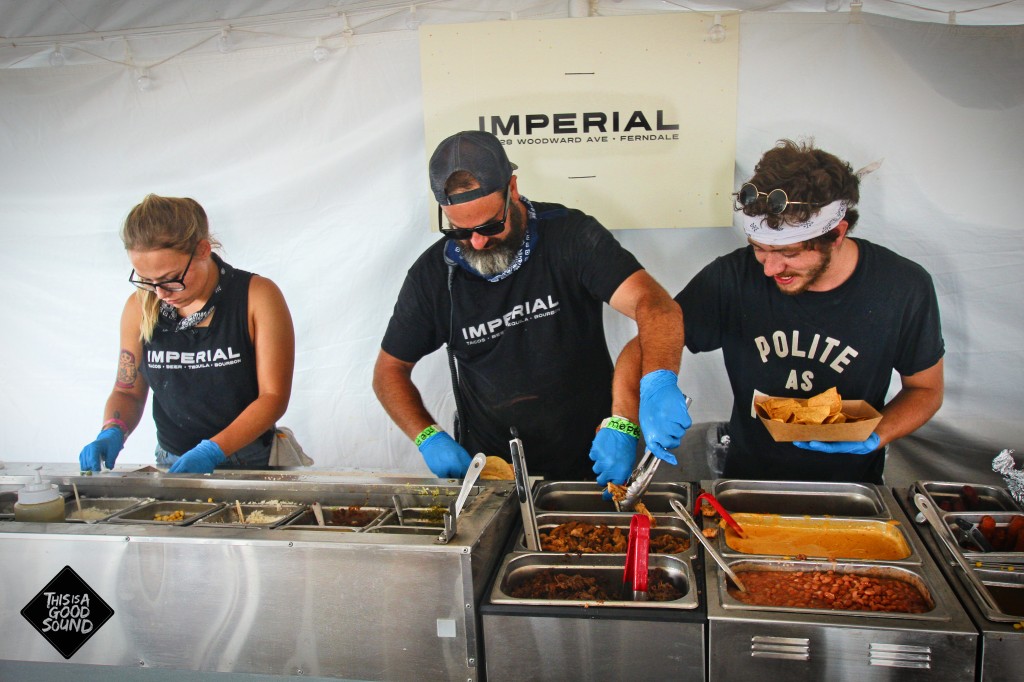 I’m not accustomed to writing recaps but I’ve made it into the sixth paragraph without even mentioning the music! Continuing in my backwards fashion, I shall reverse engineer my weekend of music beginning with the conclusion to my Mo Pop story, at PJ’s Lager House for an official afterparty with Joe Hertler & the Rainbow Seekers. I’ve had the pleasure of seeing these guys more times than I can count over the years, and each time I love them a little more, probably because I know them a little better. While I’m filled with faith, I’m not a religious person person, but if Joe Hertler was a bible salesman, I’d take two! If you want to talk about someone, and some people who love what they do so much, joy radiates from their person, and fills a room, let’s talk about Joe Hertler & the Rainbow Seekers. The world could have been ending Monday morning, but on Sunday night, it felt as if their passion, will, and music could have kept the sun from rising. For the first time I’ve experienced, Joe Hertler sang through a distorted microphone, similar to the sound Graham Parsons and The Go Rounds have built a foundation upon, and I fucking loved it. It was the perfect combination of psychedelic-soul, and provided the backdrop for two unique sets in a single day.

I’ve long been familiar with The National, liked a few songs, but never had seen them live until they closed out Mo Pop Sunday night. Described as post-punk revival, they have a very unique sound, cult following, and a slow building intensity, that is contained until it is ready to explode into what I perceived as melancholy rage. Their stage banter was very political, calculated, and seemingly appropriate given the state of our nation. They seemed to fit a theme of headliners along with Bon Iver that were introspective, subdued, intellectual, and dark. It presented an alternative from headliners of Mo Pop’s past ,which were more high energy and dancy; A theme present throughout the weekend.

St. Vincent was the kickass and weird surprise of the weekend, scheduled in really got spot as light gave way to darkness and great spectacle. I didn’t know much about Grammy winning, Anne Erin Clark, who was a member of Sufjan Stevens touring band before she formed her own in 2006. It’s exciting when you’re not very familiar with an artist, come into the equation with no expectations, and leave a fan.

Aside from catching up with friends I don’t see very often, as anticipated, enjoying Bon Iver with one of my best friends on Saturday night was the highlight of my weekend. Sometimes I wonder how live music feels to someone who rarely experiences it… I’m happy I don’t know the feeling, but I’m curious of its intensity as a result of sparsity. Music is medicine that I’ve long been self-administering, and Bon Iver’s For Emma Forever Ago, is likely one of the five albums that I have listened to most in my life. Whether you are listening to Volcano Choir, Shouting Matches, or Bon Iver, Justin Vernon’s voice and music are soothing by nature, layered with his search for a stronger and more sound sense of self within.

It’s exciting that our city, state, and surrounding regions showed up in big numbers for what has grown to be a special event, but there were a number of times last weekend where I felt like I was being herded between stages for acts I was equally indifferent towards. It wasn’t hot like in the past, but it sure felt like the desert when clouds of dust swirled throughout West Riverfront Park, with no oasis (or grass) in sight. Over the last three years the grounds have transformed from green grass to dirt and rock, which makes it difficult to settle in and find a place to relax when the music isn’t grabbing you. It would go a long way if there were some more designated areas where folks could sit in a comfortable chair, or picnic table with an umbrella like in Hart Plaza during Movement where the beer garden is along the water. Another commonly articulated concern was the difficulty accessing water stations. I feel like Michigan of all places should understand and embrace the value of readily available h2o. Thankfully, these are issues that are easily addressed, and based on the overall quality, and attention to detail by the great humans who curate Mo Pop for us each July, I have great faith in the product they will continue to deliver.

In the life of a Michigan Festivarian – first comes Movement, then goes Electric Forest, followed with some Bliss, with Mo Pop serving as the teeter-totter between Hoxey, Wheatland, and Harvest. Each year another festival sprouts from the earth; Emerging as a fine product of some of the most quality, talented, and passionate creators walking among us. There is something for everyone in the Michigan festival circuit, and I believe Mo Pop is a major catalyst for opening the eyes, ears, and hearts of Michiganders, to the cathedral of awe and wonder built by music, and the community which plants, gardens, and harvests it. Just in case you were listening for one, This is a Good Sound. 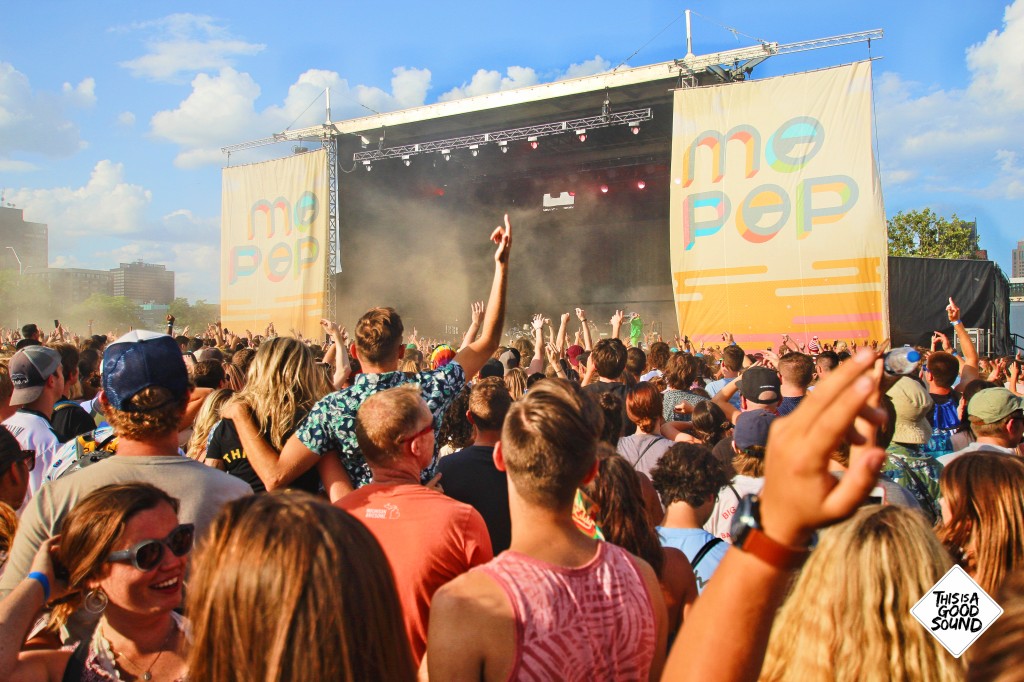